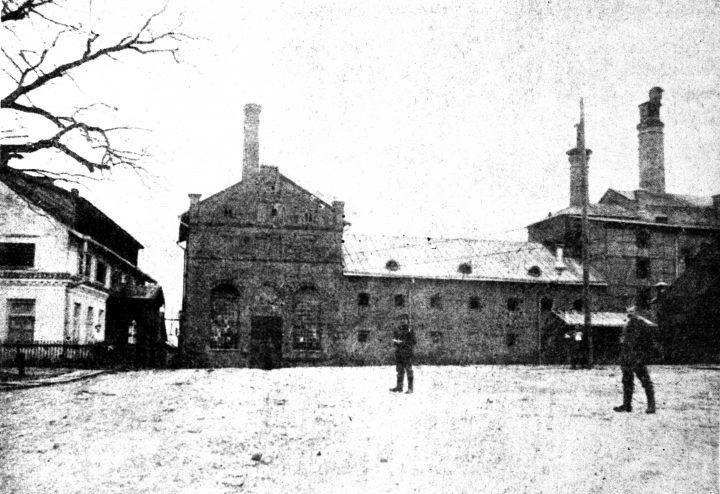 THE BEGINNING OF THE HISTORY

The history starts when in the middle of the 19th century businessman Rafailas Volfas founds a brewery. The business is taken over by his son Iseras Beras Volfas after the name of whom the brewery is named. The brewery is established in Vilijampole, suburb of Kaunas at that time.
In 1853 the enterprise becomes one of the first industrial breweries in the eastern region of the Baltic Sea.

Soon in the region of Carmelite Church by the Nemunas and railway station the predecessor of the brewery “Engelman” starts working. In 1894 I. B. Volfas and A. Soloveicikas buy the brewery belonging to Ferdinand Engelman. The new owners leave the name of the brewery. In parallel two breweries “I. B. Volfas” and “Engelman” are working, their beer is widely known beyond the limits of Kaunas Governorate; it earns the medals of international exhibitions and acquires recognition already at the end of the 19th century.

A city visitor of that time was often greeted by the aroma of a mildly tingling malt at the train station – aroma of brewing beer at the I. B. Volfas-Engelman brewery. Kaunas residents or visitors to the most famous restaurants of that time Metropolis and Versalis would inquire about beer and hear only one name – I. B. Volfas-Engelman, and the waiters would offer to taste their Pilsen beer, a Lithuanian porter, strong Imperial porter, or English Double beer. Beer awarded with medals at Lithuanian and foreign exhibitions for its quality.

The brewery provided to everyone's taste. Beer and soft drinks looked equally great on a student's, soldier's, or president's table. And on December 17, 1926, the beer of I. B. Volfas Brewery (prior to the merger of breweries) became a witness of a coup d'état – the beer ordered for the 60th anniversary of President Kazys Grinius was never delivered to the Presidency, although later President Antanas Smetona during Antaninės used to treat his guests with the famous I. B. Volfas-Engelman beer. 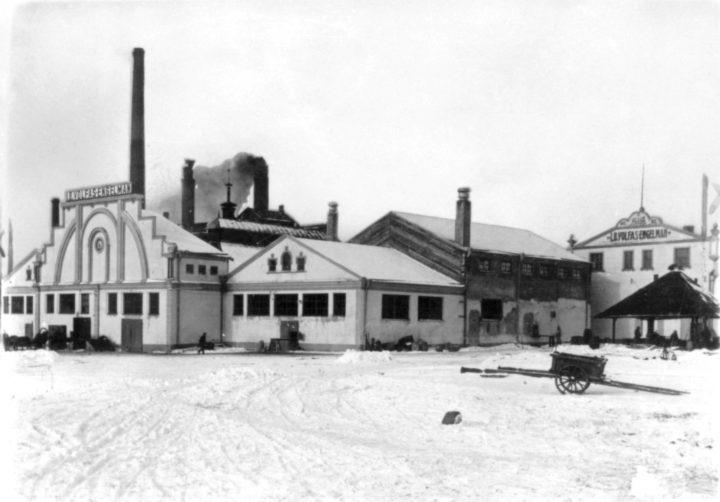 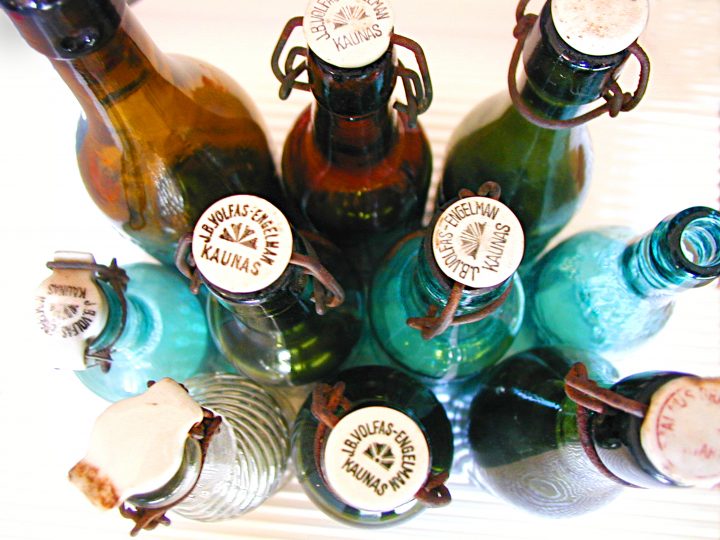 The owners of the I. B. Volfas and Engelman breweries merged these companies and the I. B. Volfas-Engelman Limited Company, consolidated brewery, malt factory, and soft drink workshop, was born in 1927, adapting to the difficult market conditions and increasing brewery profits. The company became the largest brewer and accounted for up to 40% of the Lithuanian beer market of that time.
This brewery is constantly modernizing its equipment and is the first in Lithuania to use artificial refrigeration in beer production. Until then, ice lumps were transported from the Nemunas and stored in cellars to ensure refrigeration throughout the year.

1944-1959 the company was again called the Raudonoji Pašvaistė. However, after the formation of Kaunas Alcoholic and Non-Alcoholic Beverage Brewery in 1959, the former Engelman company became Factory No.1, and another brewery in Kaunas (formerly Ragutis, located at the end of Savanorių Avenue) were merged and named Factory No. 2. Later, the brewery was reorganized and named Kaunas Brewery Ragutis in 1967, and in 1971 the brewery was named Kaunas Brewery Association Ragutis, which retained its name and structure until 1990. The company was reconstructed and modernized in the 1980s-1990s. Beer, soft drinks, kvass, baking yeast, barley malt, concentrate of a kvass mash, brewer's yeast, and vanilla sugar were produced in the companies of Kaunas Beer Association Ragutis. The Birštonas plant, bottling Vytautas and Birutė mineral water, also belonged to the association. 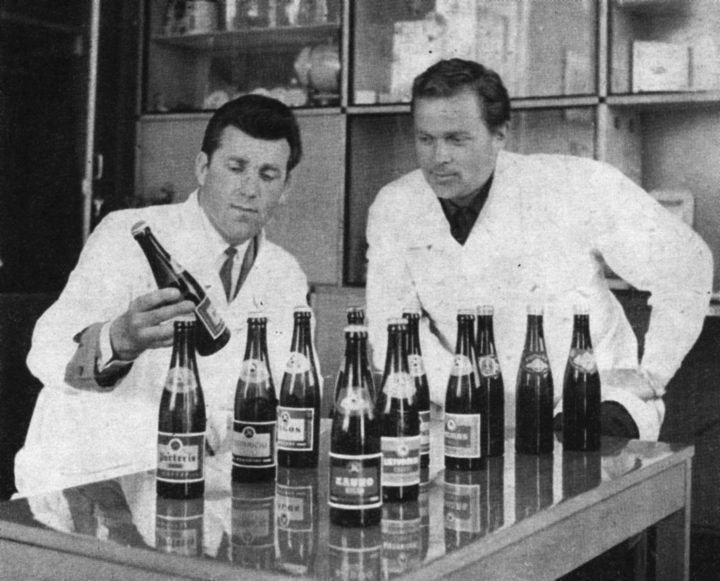 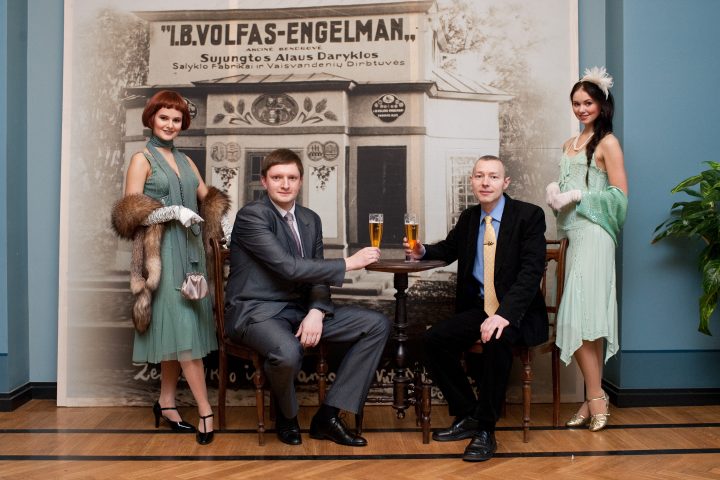 RECOVERY OF THE NAME

After the restoration of Lithuania's independence, Ragutis was granted the status of Kaunas State Brewery. The brewery, formerly known as the Factory No. 2, separated itself from the company and called itself Žalsvytis. In 1994, the brewery Ragutis was privatized and reorganized into a limited company.

At the beginning of 1997, the Czech company Pilsner Urquell acquired 51 percent of Ragutis’ shares. Two years later, the Czechs sold their shares of AB Ragutis to an Estonian beer company, A. le Coq, which is owned by the Finnish company Olvi Plc. Over the last 10 years, Finland has invested more than 50 million Litas in the reconstruction of the brewery and modernization of production processes. Olvi Plc currently owns 99.57% of AB Ragutis shares, the rest is owned by the company's employees and private persons.

On April 12, 2011, the brewery was given back its historical name – Volfas Engelman – which always belonged to the company but was abandoned in the course of history. Today, it is the only brewery in Lithuania named after its founders.

VOLFAS ENGELMAN encourages to brace up

Currently over 230 people work in the brewery since 2012. It is led by general director Marius Horbačauskas.
In 1999-2017 more than 50 mln. Euros were invested in the development, reconstruction and modernization of production processes. Brewery expanded 5 times.
2015 the territory of the historic brewery has been restored by connecting adjacent land plots.
2017 "Turbinų" street (formerly "Bravoro") was given "I.B." Volfas and F. Engelman".
In 2017, the dream of a creative team was implemented. In the second floor of reconstructed main building mini brewery was installed, which generates new types of beer. This creative educational space, was named "Studio". Volfas Engelman heritage objects are exhibited here. Visitors can get acquainted with the main raw materials for beer production, smell and taste them. They can explore beer process and taste different types of beer. 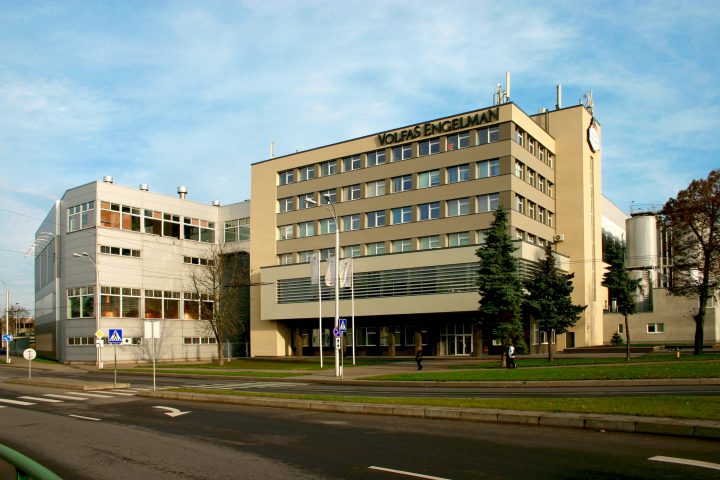