This product is a sort of beer of the historical Volfas Engelman heritage. The beer under the same name was produced by the brewery during the interwar period as well. Pilsen beer was the most popular beer among all that were produced by the brewery of that time. The sales of beer of this sort made 62 per cent of all the sales of beer of the interwar enterprise.
For the production of Pilsen beer Lithuanian light malt of the supreme quality is used, the richness of taste is tinctured by an abundance of hops: Czech hops of noble aroma and German hops of several sorts. The unique combination of hops has enabled to create an unrepeatable aroma and taste of beer which is really exceptional in the market. 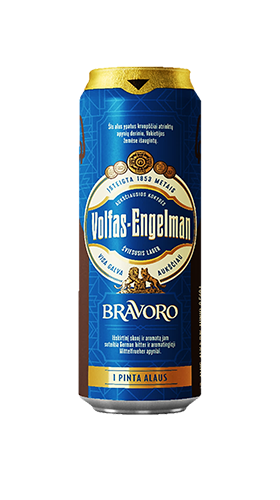